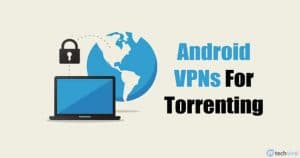 Itâs no doubt that VPN apps are essential, and they are now given more priority over Antivirus tools. VPN apps are available on every platform, including Android, iOS, Windows, Linux, etc. They not only encrypts the web traffic but also masks your real IP Address.

However, the real challenge here is to find a VPN app thatâs free, safe, and unblocks websites. Actually, there are many things to consider before purchasing a VPN service, like whether the VPN logs your browsing activity or not, whether it has a Kill Switch, etc.

So, to save you from manual research, we have decided to compile a list of the best Android VPN apps for Torrenting & P2P. You can use these VPN apps to unblock and download torrent files on Android. 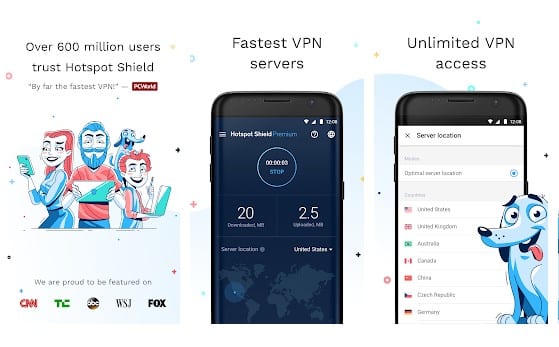 Well, Hotspot Shield is right now the most popular VPN app for Android. It has both a free and premium plan. The free plan requires account creation and offers basic features for free. With the premium plan, you get more VPN server options & unlimited bandwidth. When it comes to connectivity, Hotspot Shield supports all sorts of connections â 2G, 3G, 4G, and WiFi. 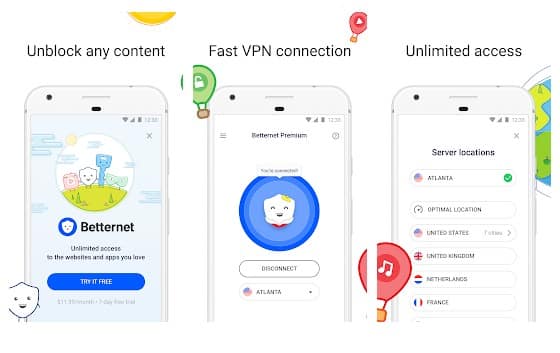 Just like every other VPN app for Android, Betternet also lets you unblock any apps or websites for free. The VPN app for Android is pretty easy to use and lightweight. The only drawback is that with the free account, Betternet doesnât allow users to select servers. It randomly connects you with the less crowded server. 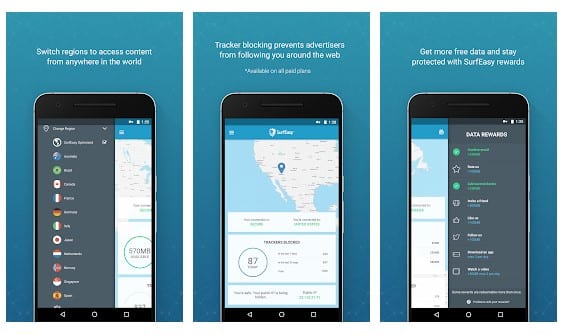 SurfEasy VPN is the third-best VPN app on the list that offers users 500MB of free data every month. The servers of SurfEasy VPN is well optimized to provide you with better downloading and uploading speed. Apart from that, SurfEasy VPN also allows users to set firewall rules.

NordVPN is basically a premium VPN app available on almost all major platforms, including Linux, Android, Windows, macOS, etc. With more than 5500+ servers spread across 58 countries, NordVPN is surely the best choice for unblocking geo-restricted apps & services. The servers of NordVPN were also well optimized to provide you better browsing speed. 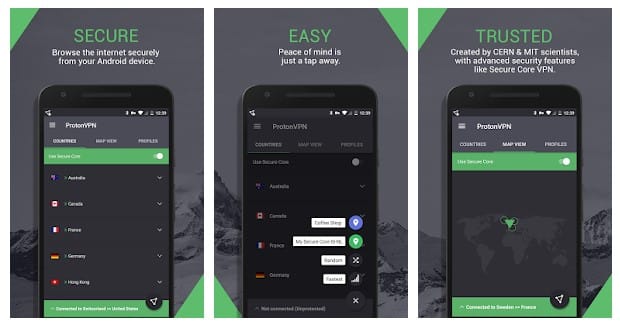 Proton VPN is brought to you by the same team who were behind ProtonMail. The VPN app for Android focuses on security and privacy, and it offers users tons of privacy-related features. Apart from masking your IP Address, the VPN app offers a strict no-log policy. 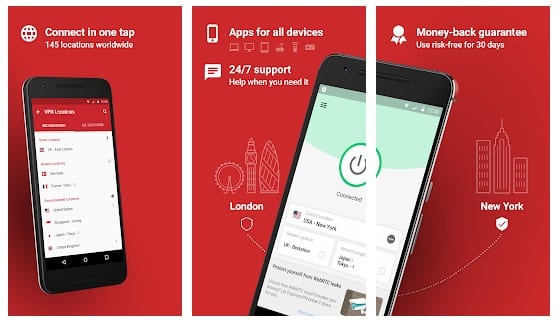 ExpressVPN is another major VPN app on the list which has premium plans. The VPN app doesnât have any free plan, but you can get the seven days trial in which you can access all features of ExpressVPN for free. With over 300+ VPN Servers in 160 locations spread across 94 countries, ExpressVPN is best in its section to protect your online privacy. The premium account offers unlimited speed and bandwidth. Apart from all features, ExpressVPN is also known for its robust customer service. 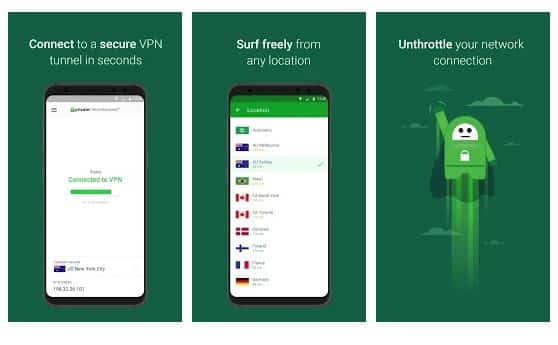 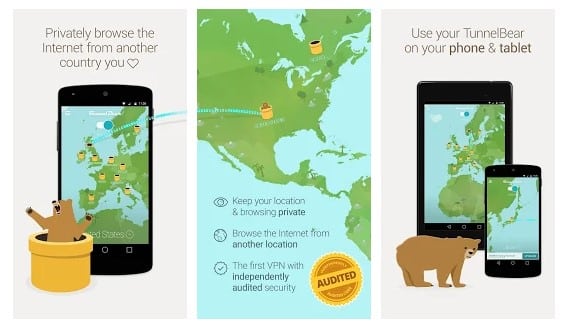 TunnelBear needs no introduction as itâs one of the best and popular VPN app thatâs available on the Google Play Store. The great thing about TunnelBear is that itâs a free and straightforward app that allows users to browse the web anonymously.

With TunnelBear, you can access your favorite sites, including torrent websites. However, on a free account, users only get 500MB of browsing data every month. 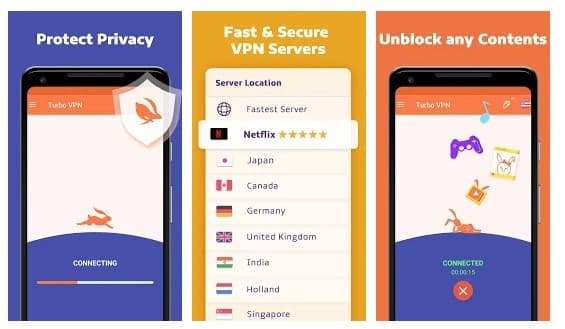 Turbo VPN is one of the best and top-rated Android VPN app available on the Google Play Store. The best thing about Turbo VPN is that itâs completely free, and it doesnât pose any restrictions on bandwidth and speed. 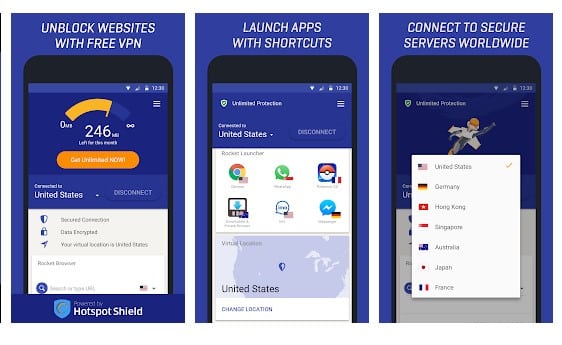 Rocket VPN is another top-rated Android VPN app available on the Google Play Store. The best thing about Rocket VPN is that it can help you to unblock geographically restricted content. Not just that, but Rocket VPN can also unblock blocked torrent sites as well.

If you are searching for a 100% free Android vpn for torrenting & P2P, then Solo VPN might be the best pick for you. Itâs the only VPN app on the list that is 100% free with no speed and bandwidth limitation. Another plus point is that it doesnât require any settings or account creation to connect with the VPN servers.

So, these are the 15 best Android VPN apps for Torrent that you can use right now. If you know any other torrent VPN apps for Android, then let us know in the comment box below.