10 Best Facetime Alternatives For Android in 2021 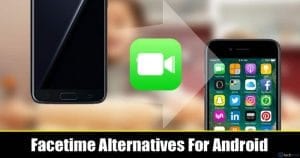 There are plenty of Android and iOS video calling apps available on the App stores, but FaceTime stands out from the crowd. For those who donât know, FaceTime is one of the best and unique video calling service of Apple. Hence, itâs limited to only Apple devices only.

Facetime is a huge part of the entire iOS eco-system thatâs restricting users from switching to Android. On Android, there are tons of video chatting apps available on the Google Play Store, but only a few of them can compete with FaceTime in the video call space.

If you are an Android user and searching for the best video calling apps like FaceTime, you are reading the right web page. In this article, we will share some of the best FaceTime alternatives that you can use on an Android device. So, letâs explore the list.

Well, Facebook Messenger is one of the best and top-rated messaging apps available for Android and iOS users. You wonât believe it, but millions of users right now use Facebook Messenger to exchange text messages, video calling, etc. With Facebook Messenger, you can easily video call your friends without paying any cost. Facebook recently introduced Messenger Lite, which is the lighter version of the app. The lite version also got the video call support. 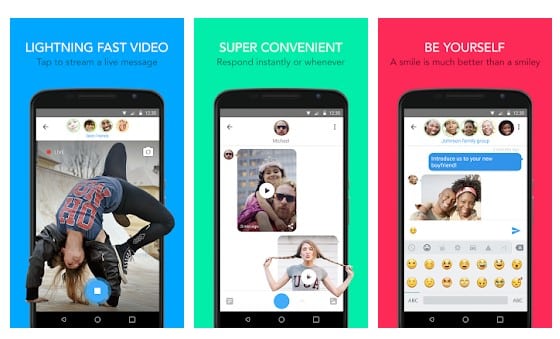 Although not popular, Glide is still one of the best and fastest live video messenger app available for Android. However, itâs a little bit different than FaceTime when it comes to the features. Instead of offering you live video calling features, Glide allows you to send video messages to other people. So, Glide is one of the best and fun way to reach out to friends and family members. 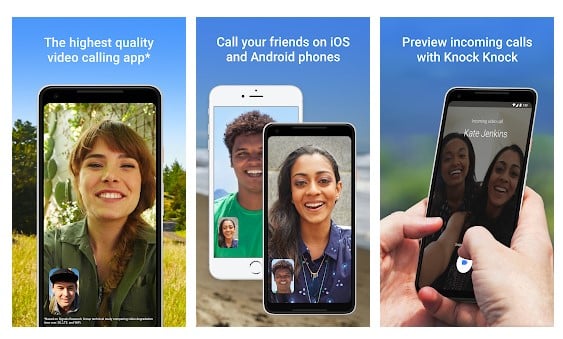 Google Duo is probably the best FaceTime alternatives for Android smartphone. Itâs a video call service made by Google. Compared to other video chat apps, Google Duo is pretty easy to use and lightweight. Also, it isnât bloated with unnecessary features. The best part of Google Duo is its cross-platform support. That simply means that your iPhone friends can also join video calls. 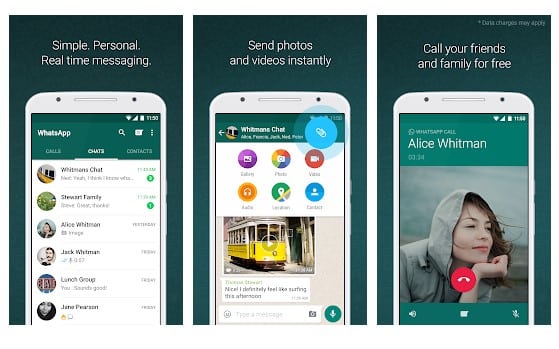 Whatsapp is one of the best instant messaging app available on the Google Play Store. The instant messaging app also allows users to make voice and video calls as well. It got cross-platform support with virtually everything. So, it doesnât matter what device your friend is using. As long as they have the WhatsApp app, they can receive or make calls. Apart from that, Whatsapp also offers file sharing, video sharing features as well. 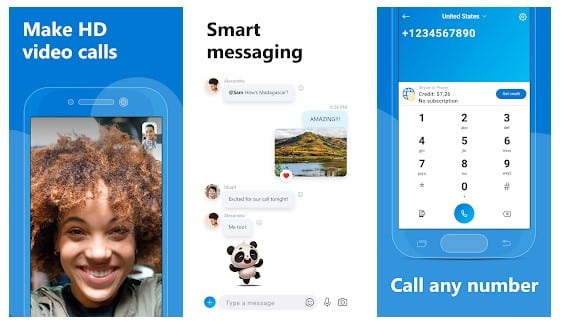 Skype is a video calling app that is known for its excellent cross-platform support. On top of that, Skype is always known for its popularity, stability, and many useful features. If we talk about the text and video calls, Skype also allows users to text and voice call to only skype contacts. You can also buy an actual phone number with Skype to make international calls. 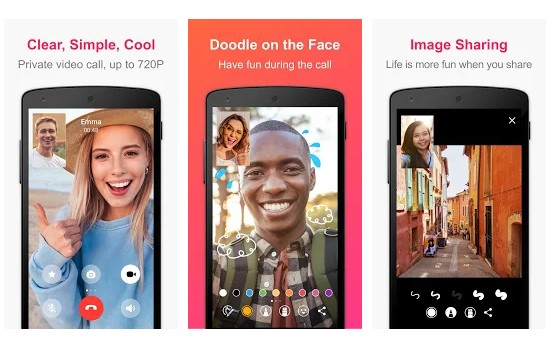 Lots of users think that JusTalk is a premium app. But, the truth is that JusTalkâs video calling feature is absolutely free. There are in-app purchases for things like themes and other customization features. JusTalk boasts decent quality video even on slow connections like 2G when it comes to the video quality. Itâs also cross-platform supported. So, you can invite your iOS friends to join on a video call as well. 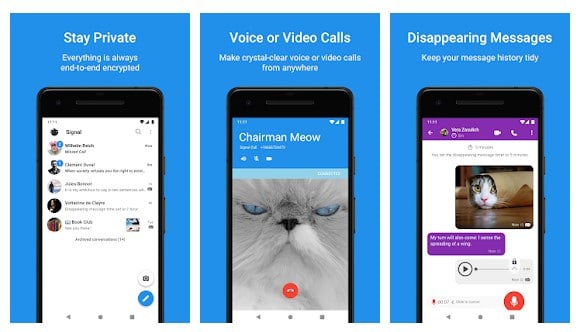 Well, if you are searching for the best Facetime alternative that focuses more on Privacy, then Signal Private Messenger might be the best pick for you. Every video and voice calls were end-to-end encrypted for proper security. Apart from that, the video call quality is fairly good. 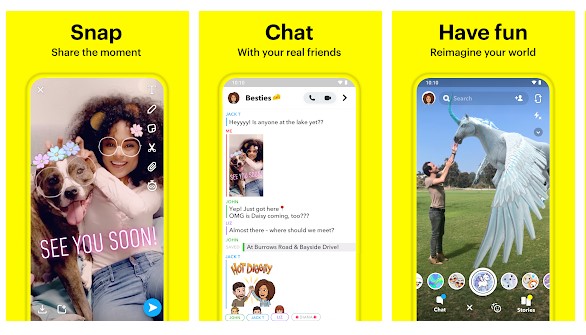 Snapchat could be the best Facetime alternative when it comes to Android. On Snapchat, you can exchange text messages, make voice and video calls. Not only that, but Snapchat also allows users group voice & video calling features. The app is free to download and use, and it even got a few AR features. 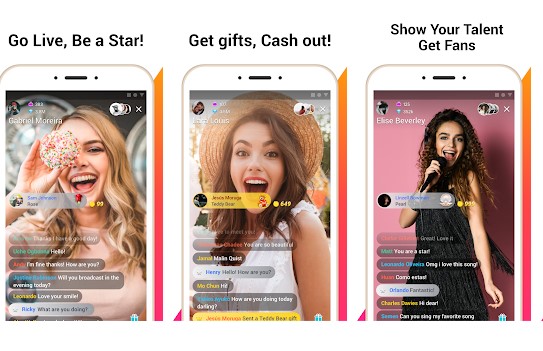 Tango is pretty much similar to Facetime when it comes to the features. Itâs basically an instant messaging app, but it also offers video and voice calling features. The voice and video calls were free, and itâs more like a social network where you can connect with friends and relatives. 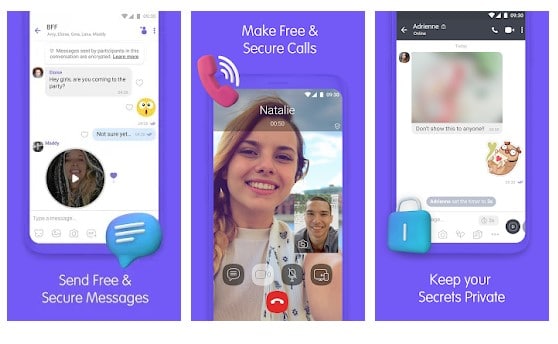 Viber is originally a voice calling app, but later it got the text messaging and video calling feature as well. You wonât believe it, but the app is right now used by over 600 million users worldwide. Apart from free audio and video calls, the app also can make low-cost calls to landlines.

So, these are the best FaceTime alternatives for Android that you can use right now. If you know any other such apps, let us know in the comment box below. I hope this article helped you! Please share it with your friends also.

The post 10 Best Facetime Alternatives For Android in 2021 appeared first on TechViral.