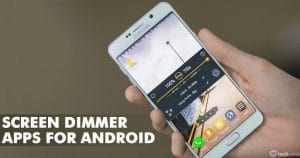 Do you know that the prolonged use of smartphones can raise severe health issues? The bright screens of smartphones directly affect the eyeâs health, and this is why we often have headaches and eye pain while watching movies, especially at night. However, to deal with eye problems, there are plenty of Blue Light filter apps available on the Google Play Store.

Also Read:Â How To Share Your Android Screen With Other Android

List of 10 Best Screen Dimmer Apps For Android in 2021 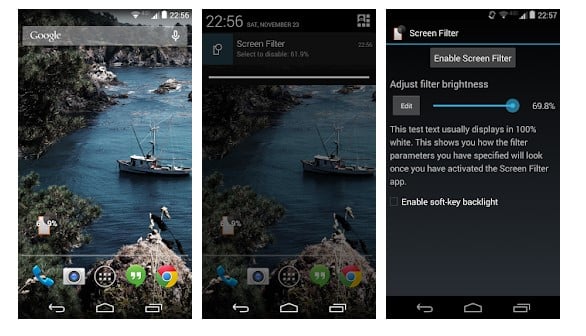 Looking for an app to reduce Android screen brightness less than the Minimum Limit? It would be best if you gave Screen Filter a try. Screen Filter is a simple Android app that applies a shade that acts as a dimmer to ensure your eyes donât hurt. The app also offers a home screen widget that lets you quickly access the brightness presets. 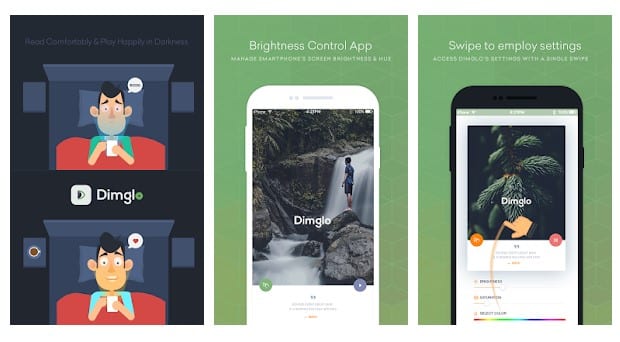 Dimglo is for those who have been searching for an ad-free and straightforward application to control their phoneâs brightness level. Itâs not a Bluelight filter app; it just adds a shade on top of your Android screen that acts as a brightness dimmer. Yes, you can use the app to reduce the brightness level to less than the minimum level. 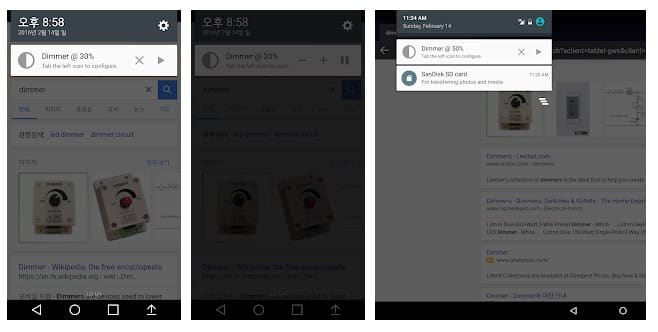 Dimmer is another excellent Android app on the list that can help you to protect your eyes in a dark environment. The app is simple, intuitive, useful, and it allows users to lower the screen brightness less than the minimum limit. Whatâs makes the app more impressive is its ability to dim and brighten the screen automatically according to the environment. 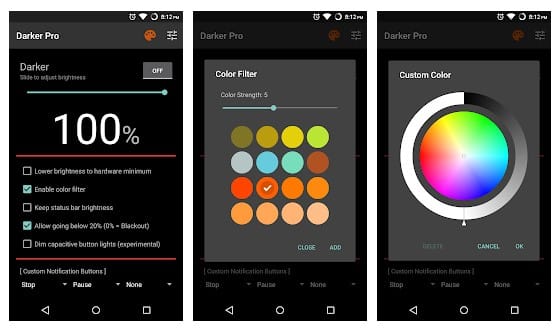 Well, Darker is a little bit different compared to other screen dimmers. The app can lower your screen brightness to deficient levels to prevent eye strain, especially at night. Also, it has a built-in color filter to adjust the color intensity. That means you can use the app to filter the Bluelight as well. 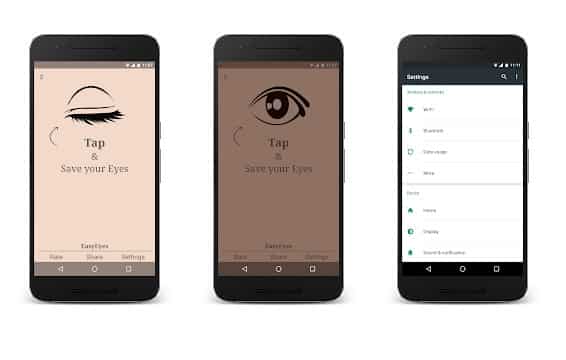 If your phoneâs screen appears bright even on the lowest brightness settings, then you need to give EasyEyes a try. EasyEyes is one of the best and top-rated Screen dimmer app available for the Android operating system. The app allows users to set profiles to turn on and off the app automatically. Apart from that, EasyEyes also allows users to control the warm lighting as well. 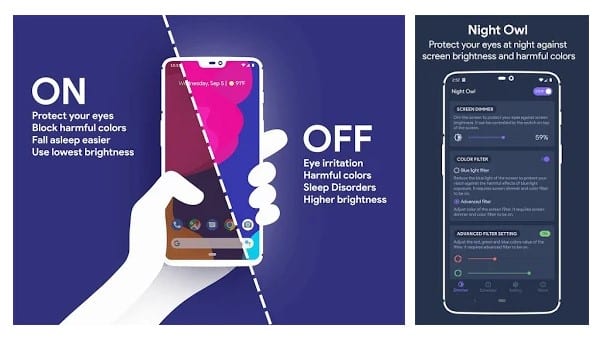 Night Owl is probably the best screen dimmer for Android that you can use today. The app is built for those who have trouble falling asleep after looking at the phoneâs screen for a long time. The app effectively filters out the blue light emitted from the smartphone screen. Also, it lets you reduce the screen brightness lower than what you achieve with the default settings. 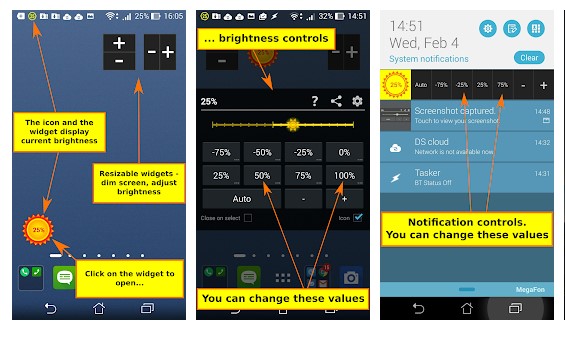 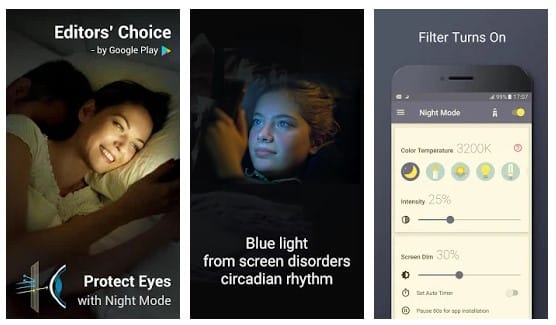 Blue Light Filter Android app is for those who have trouble sleeping after watching the phone screen. Although the app is meant to reduce the blue light emitting from your smartphone screen, it can dim the Android screen. The great thing about Blue Light Filter is that it allows users to adjust the filter intensity as per the needs. 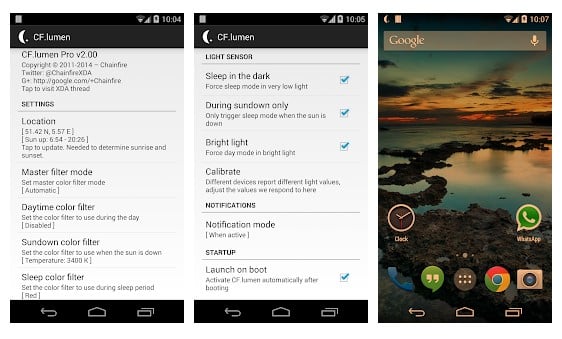 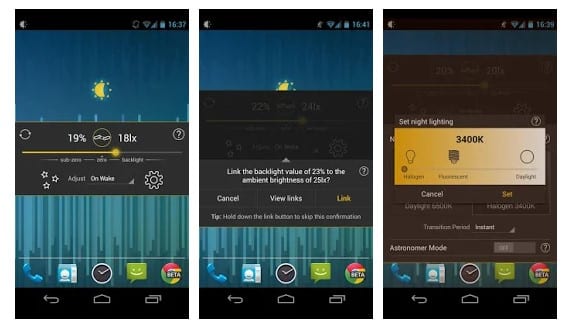 If you are searching for an Android app that can help you adjust the screen temperature, Lux Lite might be the best pick. Just like CF. Lumen, Lux Lite also adapts to the colors on your Android device based on the position of the Sun. The app also offers few pre-made color profiles as well. At night, you can have Lux Lite automatically warm your display and switch to the Night Profile.

So, these are the best screen dimmer apps that you can use right now. If you know any other such apps, let us know in the comment box below. I hope this article helped you! Please share it with your friends also.

The post 10 Best Screen Dimmer Apps For Android in 2021 appeared first on TechViral.