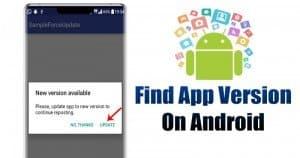 On average, an Android user installs almost 30-40 apps on their smartphone. While installing an app, we donât care about knowing its version. However, the Android app version can tell you whether a particular feature is available or not.

Also Read:Â How to Recover Deleted Files On Android

Find Out What Version of an Android App Youâre Running

If a particular app is not available on the Google Play Store, users can sideload apps from third-party stores. At that time, knowing the app version could become handy. This article will share some of the best methods to find out what version of an Android app you are using.

Well, you can access the app settings to find out what version of an Android app you are using. For that, follow some of the simple steps given below.

Step 1. First of all, open Settings on your Android device. 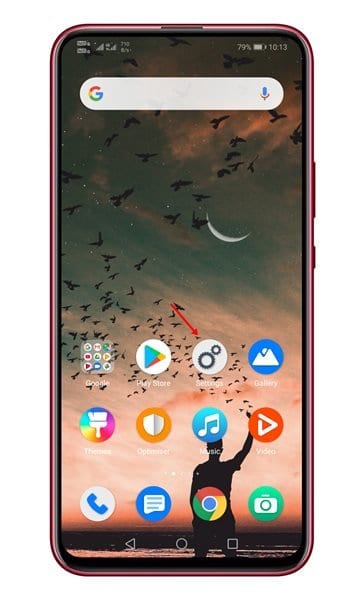 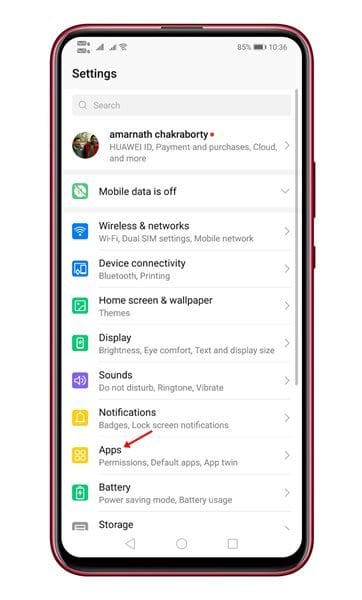 Step 3. Now you will see all the installed apps.

Step 4. Here you need to select the app whose details you want to know. For example, we have chosen âAmazonâ here.â 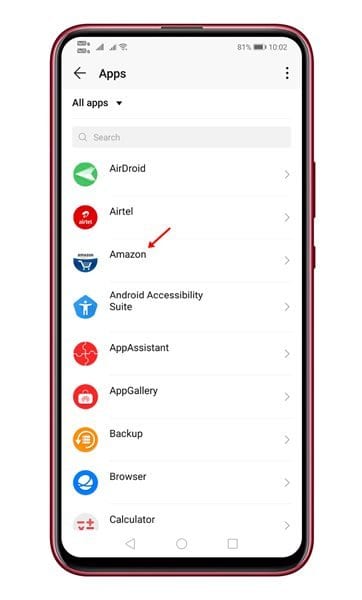 Step 5. Near the app name, you will find the version. 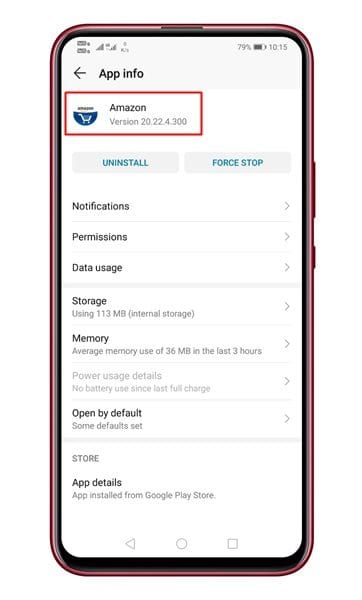 Thatâs it! You are done. This is how you can find the app version from the Android settings.

2. Using The About Section of the App

The easiest and quickest way to know the app version is by accessing the About Screen. Most of the popular apps already have an About app page. The About page will list the version information along with few other details.

The About Screen is hidden somewhere in the app itself, and you need to find it. Itâs usually under the Settings; that is the case for Amazon, as seen below. 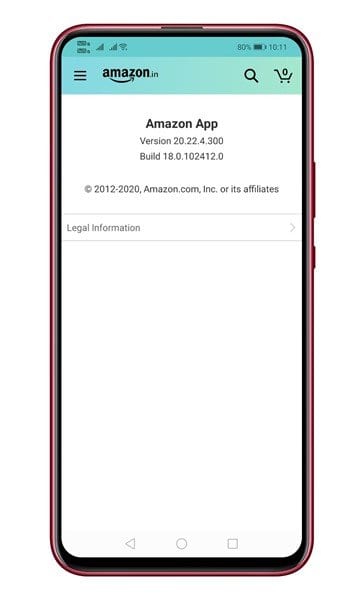 In a few apps, the option to access the About screen might different. Also, some apps donât have an About Screen.

Well, Google Play Store is the third-best option to find the app version for an Installed app. Follow some of the simple steps given below.

Step 1. First of all, open the Google Play Store on your Android device. 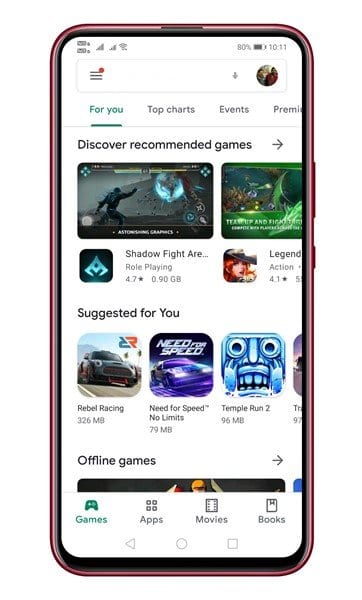 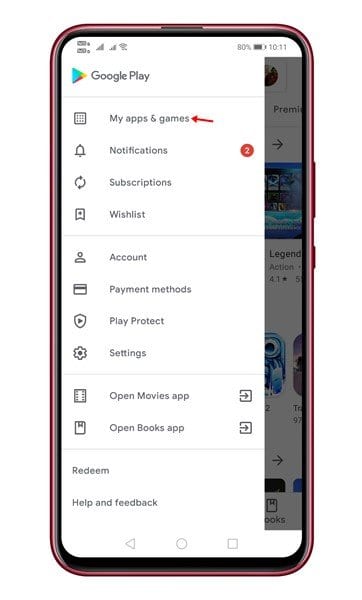 Step 3. Now select the âInstalledâ tab. This will list all apps that you have installed. 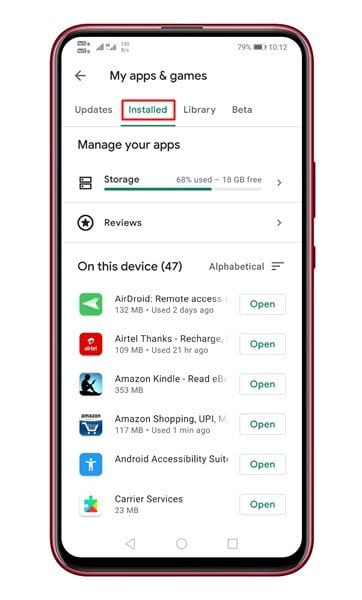 Step 4. Now select the app you are looking for â Amazon, in this example.

Step 5. Scroll down and tap on the âAbout this appâ section. 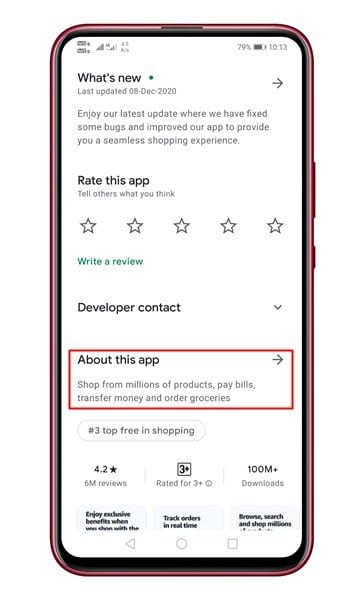 Step 6. You will find the app information over there. It will include Version info, update status, total downloads, etc. 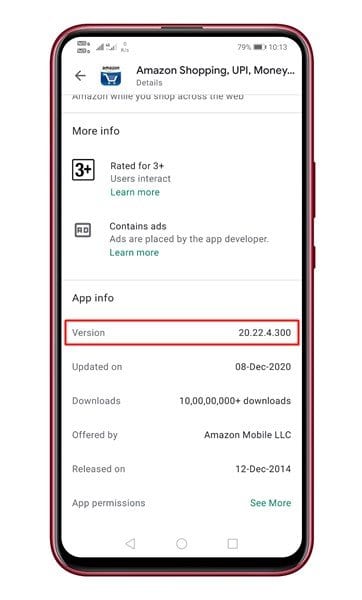 Thatâs it! You are done. This is how you can find out what version of an Android app you are running.

These are the few best ways to find the app version for an Installed app on Android. I hope this article helped you! Please share it with your friends also.

The post 3 Ways to Find Out What Version of an Android App Youâre Running appeared first on TechViral.