Android Common Issues And Their Solution 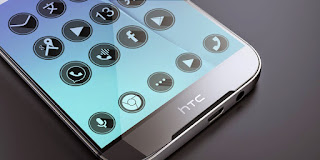 Hello Android users, if you’re facing any problem listed below then I hope you’ll get a solution. These are some of the common android problem that people face many times.

If Google Play crashes after launching it, you might have a corrupt cache. Most of the time, simply wiping its cache fixes the problem. Most versions of Android use generally the same steps. Go to:

If that fails, you might want to try wiping data and/or cache for the following services:

Android allocates fixed storage space for apps. Users canât expand it. So you might run into this error even if your device indicates a great deal of remaining storage capacity.

The easiest way to free up space is to begin uninstalling apps. However, if you use music apps, like Spotify, you might not be able to find where the files are being stored. The quickest way to free up space is to use an app like CCleaner. If you want to get a visual display of where all your memory is going, try using DiskUsage. It will visually display your filesâ locations and size.

In my experience, the best fix is to wipe Google Playâs cache. Go to:

Iâm skeptical about this fix. However, for those desperate, give it a shot. Hereâs how:

How to Reinstall the Google Play Store

You canât uninstall the Google Play Store without root acces (whatâs root?). Most users who think theyâve deleted Google Play actually have disabled it. To reenable the Play Store, go to:

How Do I Install Google Play?

Some imported tablets and smartphones donât come with the Google Play Store. Users will need to locate an APK (Android installable file) from a third party source and then manually install it. Before getting started, youâll need to enable third party sources. To do so, go to:

I Need an Older Version of the Google Play Store

Sometimes the newest version of Google Play wonât work on your device. In that case, you can try installing an older version. Hereâs an APK Mirror post that includes links to every major version of the Play Store.

Sometimes the System User Interface (UI) can stop working. If restarting your device doesnât fix the problem, I suggest wiping the System UI cache. To wipe the cache, go to:

Sometimes downloads will fail. Android includes a dedicated download manager, and its cache can become corrupted. In this case, just wipe the cache.

To wipe the cache, go to:

Android by default stores its downloaded files in a folder called âDownloadâ. To locate the Download directory, first install a file manager, like ES File Explorer. Once installed, go to sdcard/Download and you should see a complete list of downloaded files.

Android doesnât come with a file manager. Google thinks file managers are part of the past â a complicated tool that we shouldn’t need when our data is stored in the cloud and retrieved on-demand.

I Canât Play a Downloaded Video

Try using VLC Player or MX Player. They work on almost every file you can imagine. Sometimes videos in a proprietary format wonât play. Thereâs no real solution for this issue, other than installing the proprietary video player.

Never install a cracked game or app â it probably has malware on it. But if you already have malware, simply uninstall the culprit. If youâre not sure which app is wreaking mayhem on your phone, try a malware scanner. If that fails, use some of our tips on finding Android malware.

Out of the three malware scanners weâve reviewed, my favorite is Lookout. Itâs free, lightweight, and catches a large number of malicious applications.

The biggest cause of mobile Internet not working: Improperly configured APN settings. If you use a prepaid/MVNO to provide Internet, chances are you needed to set up an APN to get mobile data. If these settings arenât properly configured, you must manually set them.

If youâve set a password and forgotten it, youâre going to have to perform a factory reset from the bootloader. The bootloader is a preboot environment that allows the restoration of your operating system. There are ways to break Android passwords, but donât count on it.

First, youâll need to enter the bootloader. The method varies between models of phone. For most models, you can access the bootloader by completely powering down the device. After powering off, you will hold volume down + the power button until the phone boots. Once inside of the bootloader, you can then choose to factory reset your device.

WARNING: if you have a custom ROM, donât do this, as it can render your device unbootable.

If your phone no longer boots, you can enter whatâs called âsafe modeâ â weâve covered Androidâs safe mode before. Safe Mode allows users to disable all startup apps that might be crashing the phone. Once booted in through safe mode, you can then remove the misbehaving app.

Android Device No Longer Turns On

This happens all the time. I prefer formatting the SD card from within Android. This solves just a portion of the issues with SD cards â if you havenât tried it yet, itâs worth a shot.

To format an Android microSD card, go to:

If your files arenât readable after connecting to a PC, you will need data recovery software. I recommend using EaseUSâs Data Recovery Wizard. Itâs free and effective.