How to Automatically Translate Any Android App into Any Language

Although English is the most preferred language, sometimes users want to convert or translate the App language. For example, anyone who is good at English will face difficulties while reading text written in Hindi or Urdu language. These things are pretty common to everyone.

Automatically Translate Any Android App into Any Language

Although most of the apps on Android comes with multiple language support, not every app have such features. So, in this article, we are going to share an awesome trick that would automatically translate any Android app into any language.

Step 1. First of all download and install the Xposed Installer app on your rooted Android device. To install Xposed on Android, follow our article â How To Install Xposed Framework In Android.

Step 2. Open the Xposed Installer and then search for the AllTrans module from there. Select Alltrans from the search results. Now after that you need to switch to the Versions tab for the app and then choose the latest version for downloading. This would download that module to the device. 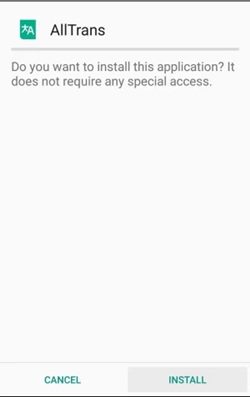 Step 3. Once activated, restart your device and open the Alltrans app. Alltrans uses Yandex translate service to translate text in all of your apps. So, you need to create an account with Yandex to use the app.

Step 4. Once done, you will be redirected to a page that allows you to generate an API key to use Yandex translating service. On the Get API Key page, tick the box next to âI have read the User agreementâ and then click on the âGet API keyâ option. 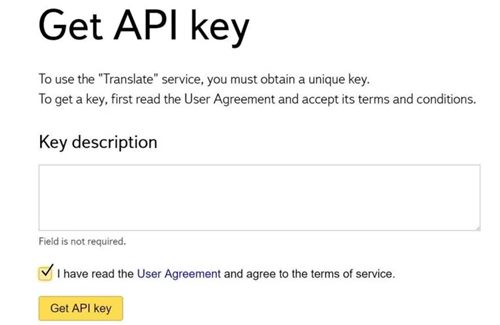 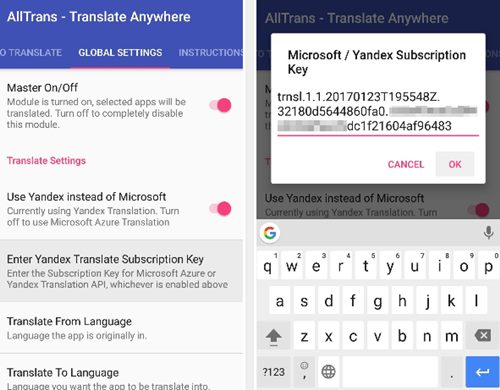 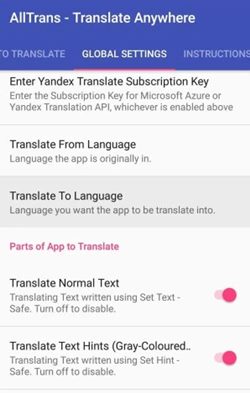 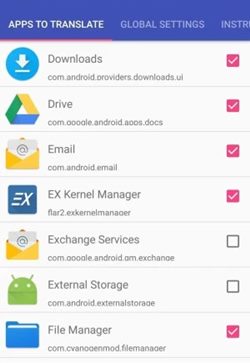 Thatâs it! You are done. The apps that you have selected will be automatically translated to the set language.

So, this article is all about how to automatically translate Android apps into different languages. I hope this article helped you! Please share it with your friends also. If you have any doubts related to this, let us know in the comment box below.

The post How to Automatically Translate Any Android App into Any Language appeared first on TechViral.