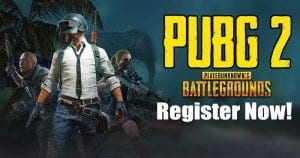 The popular battle royale game, PUBG Mobile, is often seen in the news for good and bad reasons. The game is banned in India, and itâs supposed to relaunch pretty soon. The latest news seems to be a great one for PUBG Mobile lovers, as the game is expected to get a major update in the form of PUBG Mobile 2.0.

Recently, PUBG Maker Kraftonâs CEO confirmed that PUBG Mobile 2.0 is under development and expected to be launched later this year. Along with PUBG 2.0 and PUBG Mobile 2.0, the CEO of Krafton has also said that they are making a horror game based on the PUBG universe.

The secret #ProjectXTRM thing from last yr was a PUBGM2 all along. I knew XTRM was a mobile game.
So I didn’t make a update video on it. Got so tilted when I learned about it. pic.twitter.com/50hnX60epv

The new horror game â The Callisto Protocol, is expected to release by the end of 2022. Anyways, now that the PUBG team has confirmed that they are working on PUBG 2.0 and PUBG Mobile 2.0, the TapTap app store has opened the pre-registration for the upcoming game. 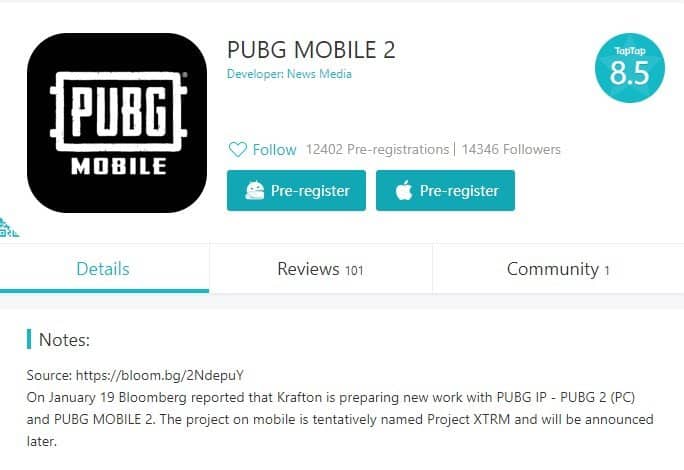 PUBG Mobile 2 has already received over 12,000 pre-registration within 24 hours. So, if you also want to pre-register for the PUBG Mobile 2, you need to open this link and login with your Tap Tap account. Once logged in, click on the âPre-Registerâ button.

Itâs worth noting that PUBG Corporation hasnât yet said anything about the game. Also, they didnât specify that the game will be available on Tap Tap.

While PUBG Mobile used to be the best battle royale game for Android & iOS, itâs popularity has slowly faded out after the ban. Now we have alternative games like Among US, Fortnite, Free Fire, Call of Duty Mobile, etc.

Meanwhile, desktop gamers can play PUBG PC or PUBG PC lite, which is still playable in the country. The PC version of PUBG is available on Steam, and users need to purchase it. Whereas the PUBG Lite is available for free.

So, whatâs your opinion on PUBG Mobile 2? What do you think about the upcoming game? Let us know in the comment box below.