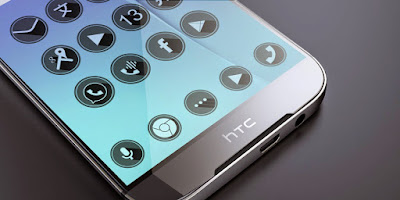 If you are still using your Android device with the stock launcher, you are in for a treat. The world of third-party Android launchers overflows with creativity, convenience, features, customization. Best of all, almost all launchers are available for free or, at least, offer free versions with limited functionality. And, please, donât worry. Thereâs absolutely nothing that you could break by installing a new launcher. If you donât like the new environment, you can simply uninstall it like any other app. 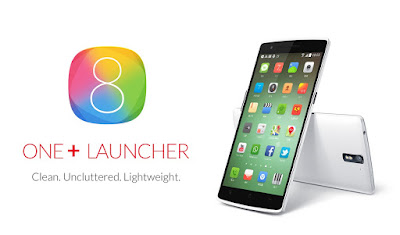 Those of you who are looking for an Android replacement donât need to look any further. One Launcher from one BJ has been inspired by the latest version of the iOS operating system from Apple, bringing its aesthetic sensibilities and general usability principles to Android users.

Just like on Apple devices, all your icons are placed directly on the home screen, instead of being hidden inside an app drawer. You can still organize icons into folders, but you can also keep everything as it is. The latter option is great for people who use only a limited number of apps to accomplish everything they need.

The creators of the launcher have spent a lot of effort trying to optimize it for maximum performance and low memory consumption. Their effort is apparent every time you switch from one home screen to another, or when you look at how many megabytes of memory you have left for other apps. Best of all, the launcher is available for free and runs on all Android devices version 2.3.3 and up.

With almost 50,000,000 downloads and 4.6 stars, Nova Launcher is likely the most recommended Android launcher in existence. The concept is simple: take whatâs already good about the stock launcher, improve it, and throw in tons of new features. The result is a product with almost universal appeal. Power users will appreciate the endless customizability offered by Nova Launcher, and casuals will be happy with the fact that the launcher is not forcing anything down their throats, allowing them to explore new features at their own pace.

What features are we talking about? For starters, thereâs the ability to download third-party icon themes for Nova Launcher on the Play Store, giving your smartphone a fresh, new look. Some are paid, but most are available for free. To make your new icons with well with the rest of the launcher, Nova gives you control over the appearance of labels, folders, drawer tabs, scrolling effects, and icon and widget positioning. The dock is made more useful, thanks to its ability to host a 4Ã1 widget, such as your music player or camera app.

When you are finally done and have everything exactly the way you want, you can backup your layout and launcher settings. This can save you a lot of time when you need to restore them in the future â perhaps after a switch to a different ROM or complete data wipe. 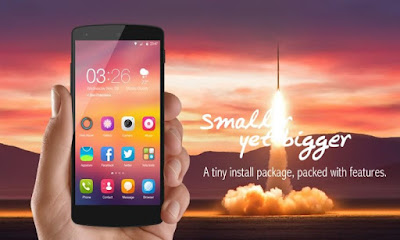 The developers of Hola Launcher started by asking themselves a simple question, âwhat features do people really need in a launcher?â When they got the answer, they sat down and created Hola Launcher, a lightweight alternative for people who want to accomplish as much work as possible with the least amount of resources.

After you spend a few minutes exploring everything that the launcher has to offer, it becomes almost hard to believe that it is only 4MB large. Best of all, its memory footprint is equally minuscule, making the launcher fast and responsive. The focus here is simplicity. The interface is clean, easy-to-navigate, and access to all commonly used features is available with a few taps.

Beyond the usual assortment of features, such as customizable themes, wallpapers, folders, and others, are Hola features â small applications with a lot of power. Hola Shina is a smart menu that opens when you swipe from a bottom corner. It gives you a quick and simple access to frequently used apps and settings. Hola Boost is represented as a small floating bubble that instantly frees up your smartphoneâs RAM after you tap on it. Thereâs also Hola Box, a quick way how you can hide certain apps that you donât want to be seen by others from your home screen. 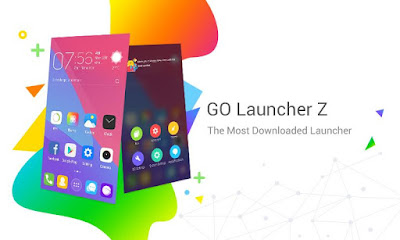 GO Launcher is a great choice for people who would want to take a step away from the traditional Android launcher design. Thereâs a good reason why GO Launcher is the most downloaded launcher for Android. It combines functionality with great user experience design to create a cohesive package filled with smart features designed to make your day just a bit easier.

The launcher is built on an innovative 3D engine, which was designed from the ground up to be fast, responsive, and extendable. On top of this engine is the ability to choose between more than 25 screen animation effects and well over 10,000 unique themes. Such a staggering amount of customization could be overwhelming, if it wasnât for GO Launcherâs DIY Themer, an app that allows you to easily decorate the launcher just the way you want it.

But you donât become the most downloaded launcher in the Play Store just because you give users a handful of pretty wallpapers and widget. GO Launcher also comes with fantastic app management features, allowing you to hide or lock individual apps to increase your security and privacy. Built-in smartphone optimization widgets increase the performance of your device, making heavy multitasking more enjoyable and free from any lag. 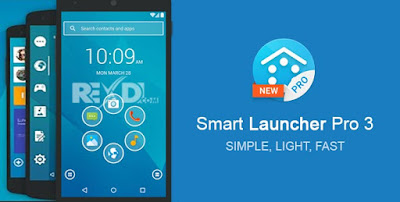 One of the most innovative launchers available on Android is Smart Launcher 3, the third version of a launcher that places ease of use in the front row. So many launchers just build on top of the stock launcher by adding new features and customization options. Or they go the other route and they strip or hide certain functionality to appeal to more casual users.

Smart Launcher 3 is not based on the stock launcher, and it really shows. The home screen is represented by a circle of six icons that let you quickly open your favorite apps. From there, you can either go to the widgets area or open the unique app drawer. What makes it so special? Its intelligent auto-sorting capability. When you install a new app, the launcher will automatically place it in the appropriate category, allowing you to quickly find it when you need it.

A convenient search bar is always within reach, so you can quick search apps, contacts, or the web. A part of the launcher is a lock screen with notifications and extensive theme support. You can download themes for Smart Launcher 3 in the Play Store and use them to completely change the look of the launcher. Worth mentioning is also the ability to hide selected apps from the apps grid and protect them with a password.